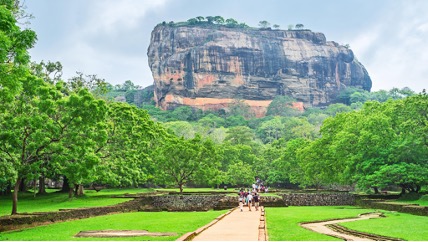 Sri Lanka is densely populated, with the majority of its people living in rural areas and depending on agriculture for their livelihood. It has a widely varied cultural and scenic landscape, as it is the home of several ethnic groups.

Colombo is the capital city of Sri Lanka. The country is divided into 9 provinces and 25 districts. Topographically, the country is diverse, containing high mountains, low ridges, plains, valleys, sandy beaches, and lagoons. It shares the continental shelf of India. In the lowlands, the average temperature is between 72 F and 92 F, while in the highlands it stays between 44 F and 71 F. While rainfall varies depending on region, droughts that last for more than 3 months are common. 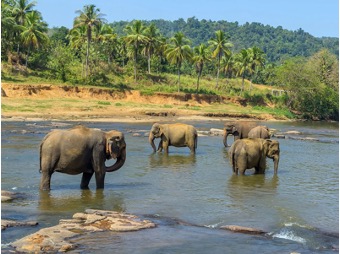 Sri Lanka is home to more than 21 million people. The population is young, with about ¼ under the age of 15, and half under the age of 30. There are three ethnic groups that make up more than 99% of the country’s population - Sinhalese, Tamil, and Muslim. The Sinhalese people alone account for almost ¾ of the people. The Tamils are divided into two groups: the Sri Lankan Tamils, who are descendants from southeastern India, and the India Tamils, who are recent immigrants from southeastern India. These two groups make up about ⅛ of the population. Muslims account for about 7.5% of the population. 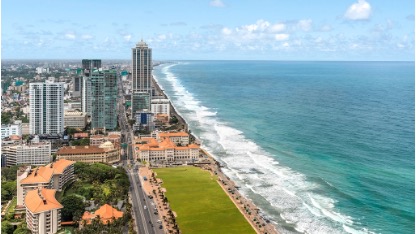 The main religion in Sri Lanka is Buddhism, making up 70.1% of the population. Hindu comes in second with 12.6%, Islam with 9.7%, and about 7.6% are Christian with vary denominations. Since the nation gained its independence in 1948, ethnic relations have experienced periodic conflict.

We thank the Lord for launching the ministry by vision casting and conducting mobilizer training for pastors and for raising a faithful national couple to be LCMI missionaries here in Sri Lanka. Please pray for more workers and that the people of Sri Lanka will open their hearts to the Gospel truth as they struggle through an unfortunate national financial crisis. We prayerfully plan to conduct camps from 2023 onwards.

"In the camp, I learned about Sadhu Sundhar Singh and his life. Before he knew about Christ, he used to hate Christianity. But later he searched and found God. After listening to the story I have realized that Jesus is the True God, and he is only one God, who can forgive our sins. And I have decided to surrender my life to Jesus and serve him. "Monu (North India) Donate Today and support our ministry