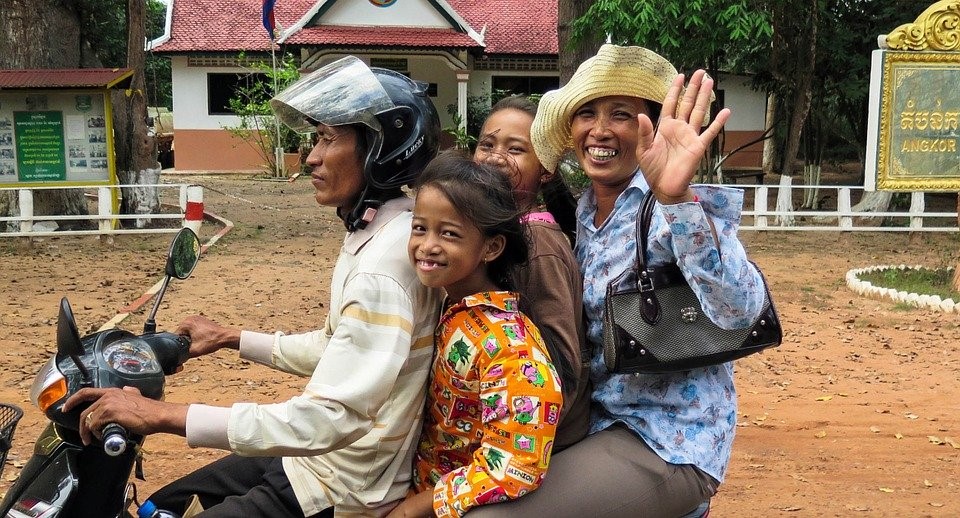 Cambodia is a beautiful country consisting of a central plain surrounded by more mountainous borders. Forests make up over 50% of the land. Nestled alongside Thailand, Laos, and Vietnam, Cambodian temperatures are very warm (between 70-104 degrees Fahrenheit).

The Cambodian diet typically includes rice or rice noodles, vegetables and fish, beef or pork with a wide variety of flavors and spices.

Even though Cambodia’s economy is growing quickly, it is still one of the poorest countries in Asia. Approximately 24% of Cambodia’s children are underweight and about 16.5% of the population is below the poverty line. Sadly, domestic abuse, human trafficking, and sex trafficking are prevalent in this region.

To ensure safety LCMI conducts family camps in Cambodia with a goal to reach children and their parents simultaneously with the life-changing Gospel of the Lord Jesus Christ. The Lord has blessed LCMI with faithful, God-fearing team in Cambodia to conduct these family camps and to carry out follow-up ministry. Please continue to pray that hearts in Cambodia would be opened to His truth!

"Dyla is a single father of a young son. In the closing program of LCMI’s family camp, Dyla shared that he was very convicted through the family camp teachings that, over the years, he has neglected his son. He realized that he needs to make some corrections in his life. He shared that he is going back with a renewed passion to keep his son first after the Lord."Dyla (Cambodia) Donate Today and support our ministry