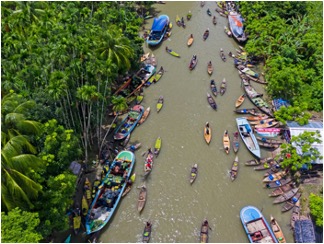 The country of Bangladesh became fully independent in 1971 and established the capital city as Dhaka. About 63% of the country is considered rural and is densely populated. In recent years, migration to cities has increased, but Bangladesh is still considered one of the least-urbanized areas in South Asia. 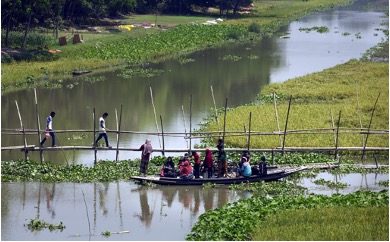 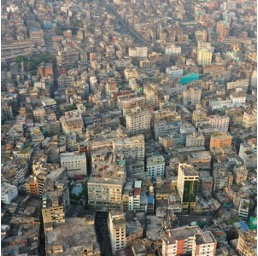 Bangladesh receives more than 60 inches of rain on average annually. Areas of the south can receive up to 100 inches, and areas of the north can receive up to 200 inches. Most of this rainfall occurs during the monsoon season. Some of these storms may produce winds exceeding 100 mph and can create waves in the Bay of Bengal that are 20 ft high. Since the early 18th century, when records of these storms were first kept, more than 1,000,000 people have been killed in such storms.

Tuberculosis, cholera, and malaria continue to threaten public health, though government hospitals and rural health centers are working to combat the issues.

Please pray for us as we wait on the Lord to raise national LCMI missionaries in Bangladesh. The need to reach children is great as the battle against child marriages is fought every day in the poorer sections of the country. We praise God for the launching of LCMI ministry here and for the six camps that were conducted in the fall of 2022. Please pray for us as we plan to conduct more camps from 2023 onwards.

"I am feeling very blessed. If we didn’t have this camp, I might have spent my holidays with television. I believe that I utilized my holidays perfectly by attending this camp. In this camp I came to know about my purpose of Life. We have learned many action songs. Crafts class was my favorite and I have enjoyed a lot in this camp. I want to live for God and glorify Him with my life."Saritha (South India) Donate Today and support our ministry